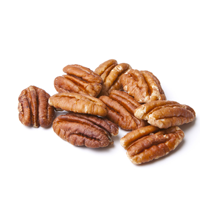 The most abundant dietary sources of beta-sitosterol include avocados and pecans. Additional sources include corn oils, pumpkin seeds, rice bran, soybeans and wheat germ. Beta-sitosterol is also found in other plants such as saw palmetto, sea-buckthorn and wolfberries.

Beta-sitosterol’s similarity to cholesterol may cause it to restrict the cholesterol that enters the body. This action may allow beta-sitosterol to help manage healthy cholesterol levels. It may also bind to the prostate gland in men, which can help relieve discomfort.

The most common use of beta-sitosterol is to support heart and prostate health. Other uses include burn management and exercise recovery. 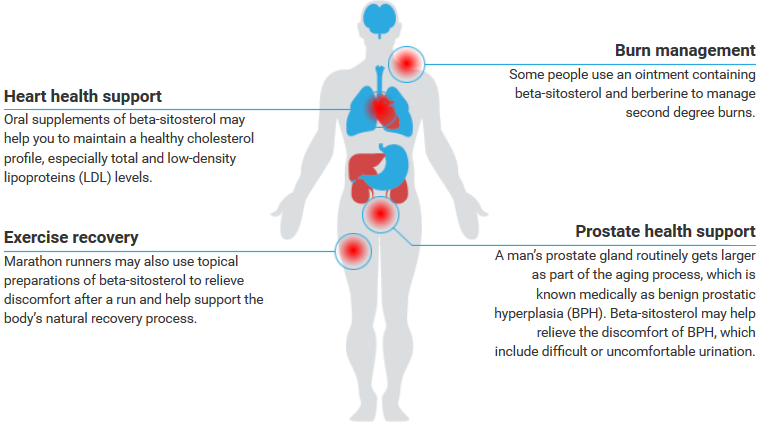 Signs You May Need Beta-sitosterol

A high level of LDL in the blood, which is often the result of a high-fat diet, is one of the most common signs that you may benefit from beta-sitosterol. You may also want to take beta-sitosterol as a preventative measure if you have a family history of high cholesterol levels or other cardiovascular conditions.

Prostate discomfort is also an indication that beta-sitosterol may help you. This condition is especially common in men who are more than 50 years of age.

Quercetin - Quercetin is a flavonol that is available in many fruits, grains and vegetables. It is also a common ingredient in nutritional supplements and is most often used to relieve prostate discomfort.

Saw Palmetto - Saw Palmetto is the common name for Serenoa repens, a palm tree that grows to a height of 10 feet. It is often taken to help support prostate health.