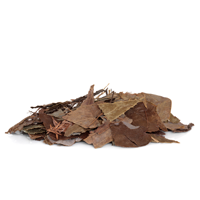 Epimedium grandiflorum is native to eastern Asia, including China, Japan and Korea. It is an herbaceous perennial with red stems that can grow to one foot in height. The heart-shaped leaves initially have a copper tinge that fades as they mature. Epimedium produces flowers in a range of colors, including purple, pink, yellow and white. The shoots grow from rhizomes, although the specific growth pattern may vary considerably.

The most common uses of Epimedium extract in TCM deal with male sexual function, including low libido and erectile dysfunction. Icariin is one of its most significant components, which is a flavonol glycoside that’s an 8-prenyl derivative of kaempferol 3,7-O-diglucoside. The primary biological effect of icariin is to inhibit the activity of the enzyme cGMP-phosphodiesterase type 5 (PDE5), which primarily affects the cardiovascular system. Epimedium also contains phytoestrogens, which may have effects similar to those of estrogen.

The most common uses of epimedium in modern herbal medicine are due to icariin, which primarily affects sexual function in men. The phytoestrogens in epimedium also support bone health and menopause. 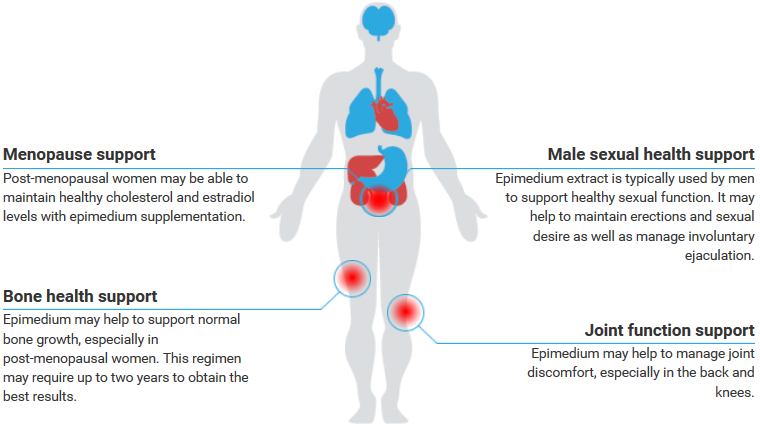 Signs You May Need Epimedium

Sexual problems such as erectile dysfunction and low desire are the most significant signs that a man may need Epimedium. Post-menopausal women may also benefit from epimedium, especially if they have low bone mass or an unhealthy level of estradiol.

Men and women may benefit from epimedium if they have discomfort from chronic joint conditions. Additional signs that you may need epimedium include fatigue, unhealthy blood pressure and breathing difficulties.

Saw palmetto - Saw palmetto is a common name for Serenoa repens, which is the only member of its species. The fruits of this plant are high in phytosterols and fatty acids, which may be helpful for an enlarged prostate gland.

Tribulus - Tribulus is a genus of tropical and sub-tropical plants that contains at least 13 species, with T. terrestris, commonly known as puncture wire, being the best-known example of Tribulus. It is typically taken to support healthy testosterone levels, especially in men.

Synonyms and Similar Forms of Epimedium