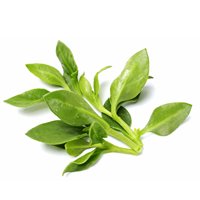 Andrographis is a genus of plants in the acanthus family. The precise number of Andrographis species is difficult to establish, although estimates range from 19 to 44. Andrographis paniculata is one of the best known species in this genus and has a long history in many forms of traditional medicine.

Andrographis originates from India, although it is now cultivated throughout Southern Asia. It can exceed three feet in height, and prefers shady, moist conditions. Andrographis has narrow blade-shape leaves that can grow to three inches in length and one inch in width. The small flowers grow in spreading clusters known as racemes. The fruit of Andrographis is a capsule less than an inch in length that contains many seeds.

The primary active component of andrographis is andrographolide, which is chemically classified as a bicyclic diterpenoid lactone. Andrographolide is primarily concentrated in the leaves and was first isolated in 1911. The biochemical actions of this component include the deposition of neutrophils in the peritoneum and the reduction of cytokine. The primary health benefits of andrographolide deal with its ability to support healthy inflammation management.

The most common uses of andrographis involve the support of the immune system. It may also support digestive health, healthy inflammation management and joint function. 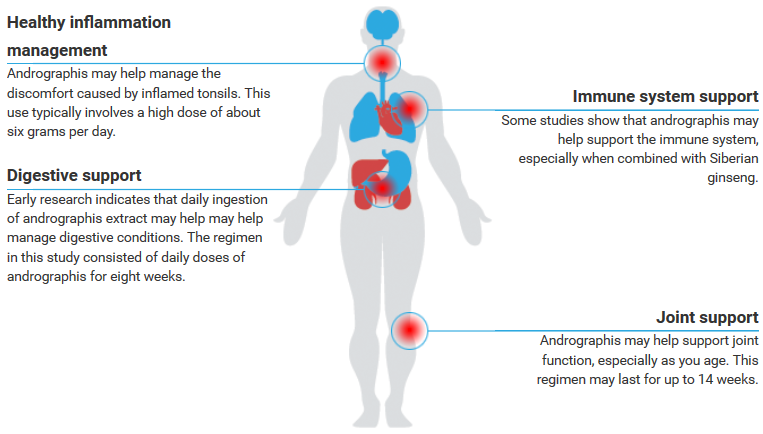 Signs You May Need Andrographis

You may also benefit from taking andrographis if you suffer from skin conditions such as itchiness, ulcers and wounds that are slow to heal. Loss of appetite, hemorrhoids and kidney problems are additional signs that you may need andrographis.

Eleuthero (Siberian Ginseng) - The most significant benefit of eleuthero’s adaptogenic properties is support for the immune system. Additional uses include support for exercise performance, mental functional and overall health.

Synonyms and Similar Forms of Andrographis