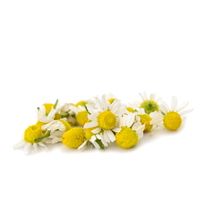 Chamomile is a common name for the plant known scientifically as Matricaria chamomilla and Matricaria recutita. Additional common names for this plant include German chamomile, wild chamomile and scented mayweed. Chamomile belongs to the Asteraceae family, also known as the sunflower family.

The primary commercial uses of chamomile are herbal supplements and cosmetic products. M. recutita is the most common source of chamomile for these purposes, although other species of Matricaria are used. Chamaemelum nobile, commonly known as Roman chamomile, is also a source of commercial chamomile.

Chamomile is an herbaceous plant that can grow to a height of two feet. It has long, thin leaves with yellow and white flowers. The flowers bloom in early summer and have a strong, aromatic scent. Chamomile is native to temperate regions of Europe and western Asia, although it is now common in many temperate regions throughout the world. Chamomile needs open soil, so it is typically found in cultivated fields, roadsides and landfills.

Chamomile contains many biologically active components, with the terpene bisabolol being one of the most significant. Flavonoids such as apigenin, luteolin, patuletin and quercetin are also abundant components of chamomile extract. Additional active ingredients in chamomile include chamazulene, farnesene and coumarin. The most common uses of chamomile in traditional herbal medicine are mild sedation, stomach discomfort and digestive support.

The most common method of taking chamomile is by making a tea with the powdered extract. Chamomile extract is often contained in tea bags, although it may also take the form of capsules. 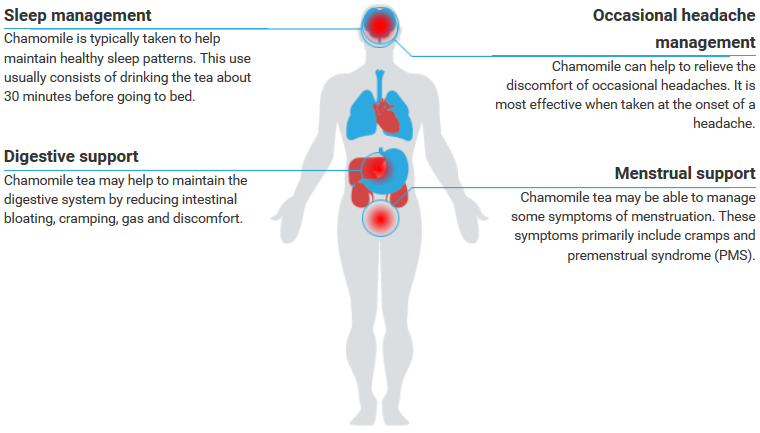 Signs You May Need Chamomile

Insomnia is the most significant sign that you may need chamomile. Additional reasons to take chamomile for its sedative effects include stress, frustration and muscle twitches. You may also want to take chamomile if you have skin conditions such as eczema and psoriasis.

Conditions such as menstrual cramps, stomach ulcers and the flu may benefit from chamomile. Minor burns, scrapes and other wounds may also be helped by topical applications of chamomile extract.

Valerian - Valerian is the common name for Valeriana officinalis, a flowering plant with sweetly scented flowers. Extracts of its root may have sedative effects.

Synonyms and Similar Forms of Chamomile