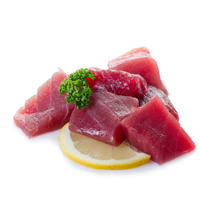 Laboratory studies show that DPA and EPA are readily converted into each other in the liver, so DPA serves as a precursor for EPA. However, neither of these fatty acids appears to be metabolized into docosahexaenoic acid (DHA), which is another nutritionally important omega-3 fatty acid.

DPA is also present in many other tissues, especially the heart, kidneys and skeletal muscle. DPA serves many functions in the human body that primarily deal with blood health and cell proliferation.

The support of healthy clotting is one of the most common reasons for taking DPA. It is also commonly used to support healthy inflammation management and blood vessel function. 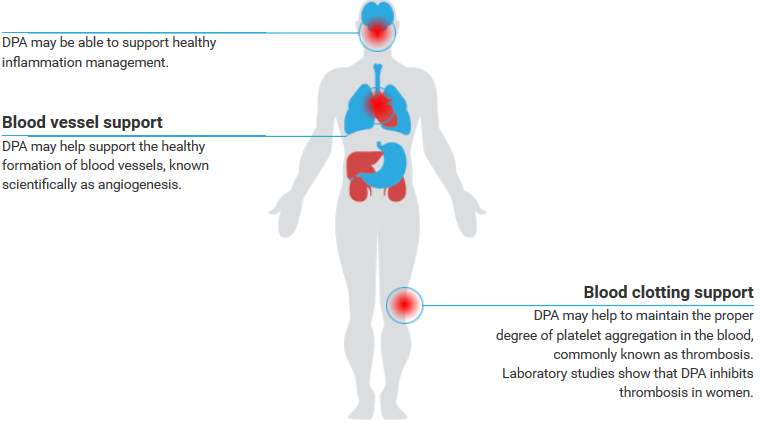 Signs You May Need DPA

The most significant signs that you may need DPA are conditions that restrict your dietary intake of DPA. This primarily includes strict vegetarians and bottle-fed infants.

You may also benefit from DPA if your diet doesn’t include fish. The physical signs of a DPA deficiency include a high clotting rate and poor healing.

DHA - DHA is primarily found in the brain, retina, skin, sperm and testicles. Its health benefits primarily deal with the nervous system and cardiovascular system.

EPA - EPA is also known as icosapentaenoic acid and timnodonic acid. The most significant dietary sources of EPA include oily fish and breast milk. Most of the health benefits of EPA deal with healthy inflammation management.

Synonyms and Similar Forms of DHA