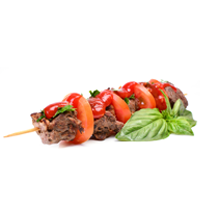 An acetyl group is transferred from acetyl co-enzyme A (CoA) to L-carnitine within cell mitochondria during strenuous exercise, primarily in the liver and kidneys. This process results in the conversion of acetyl-CoA to CoA and L-carnitine to acetyl L-carnitine. The enzyme carnitine O-acetyltransferase is also needed to catalyze this reaction.

In addition to its use in storing and transporting chemical energy, acetyl-L-carnitine has significant antioxidant activity. This effect is the result of acetyl-L-carnitine’s role in glutathione, which scavenges free radicals.

The support of healthy energy levels is one of the most common reasons for taking acetyl L-carnitine. Additional uses of these supplements include support of cognitive function, connective tissue and the nervous system. 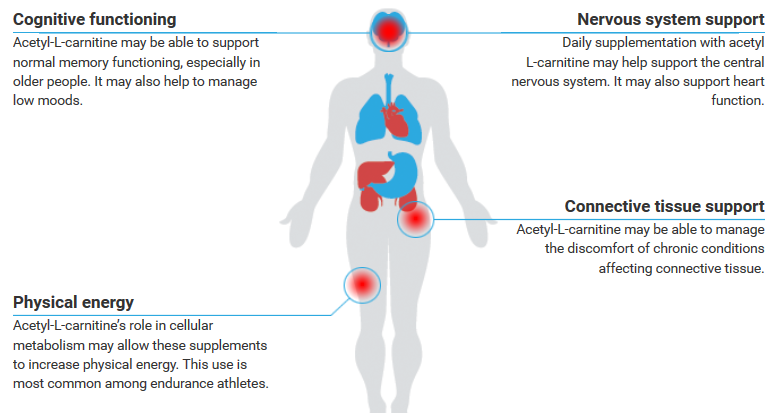 Signs You May Need Acetyl L-Carnitine

Athletes are one of the groups most likely to need acetyl-L-carnitine supplements, especially if they are distance runners or bodybuilders. The most common signs that acetyl L-carnitine may benefit you include discomfort in the chest and muscles.

L-tyrosine - L-tyrosine is of the 22 amino acids that are used to build proteins in humans. It is commonly used in biological processes that involve signal transduction.

L-taurine - L-taurine is an organic acid that is most concentrated in bile and the large intestines.