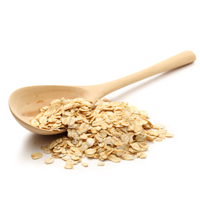 Beta-glucans are complex sugars known as polysaccharides. They are composed of simple sugars called D-glucose monomers that are linked together by beta-glycosidic bonds. The most chemically active form of beta-glucans is known more specifically as B-1,3/1,6 glucan.

The most common dietary source of beta-glucan is baker’s yeast, known scientifically as Saccharomyces cerevisiae. It is also found in the bran of grains such as barley and oats. Wheat and rye bran also contains beta-glucans, but at significantly lower levels. Beta-glucan is typically produced in commercial quantities by fermenting oat bran with baker’s yeast. Some types of mushrooms are also commercial sources of beta-glucan.

Beta-glucan is known as a biological response modifier due to its effect on the immune system. Some immune cells contain locations known as complement receptor 3 and dectin-1 receptors. These sites bind to beta-glucans, which can stimulate an immune response. Some researchers believe that the frequency, length and location of beta-glucan’s side chains are a more significant indicator of its immune system activity than the structure of the molecule’s backbone.

Some forms of beta-glucan are also a common ingredient in soluble fiber supplements and texturing agents. Other uses of beta-glucan include the diagnosis of fungal infections, especially species in the Agaricus and Aspergillus genera

The most common use of beta-glucan is to support the immune system. Additional uses include heart health and support of the digestive system. 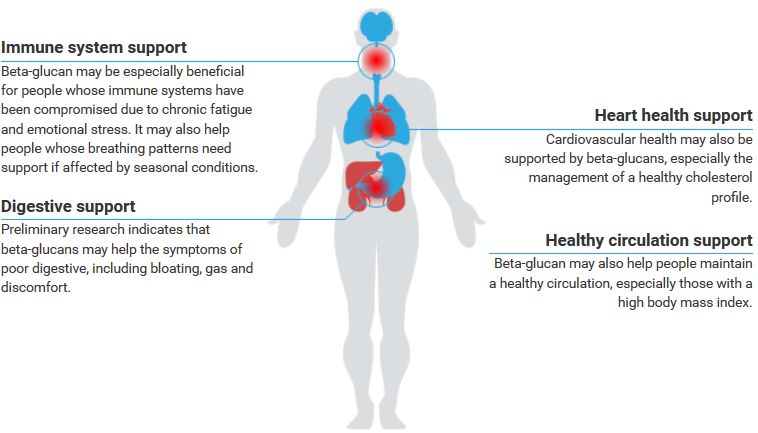 Signs You May Need Beta-glucan

A compromised immune system is the most common sign that you may need beta-glucan. A family history of cardiovascular conditions may also indicate that beta-glucan will be beneficial. Emotional and physical stress may also deplete your beta-glucan levels.

That is why those with low natural levels of beta-glucan who require additional support tend to be athletes, and those with stressful lifestyles.

Huperzine A - Huperzine A is an alkaloid found in the Huperzia genera of firmosses, especially Huperzia serrate. Some studies show that Huperzine A is useful for supporting mental functioning in the elderly.

Policosanol - Policosanol is a collective term for long-chain alcohols that are derived from plant waxes, especially those in sugar cane and yams. They are often used to manage healthy cholesterol levels.

Synonyms and Similar Forms of Beta-Glucan