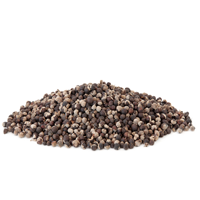 Chasteberry is a common name for Vitex agnus-castus, a species of flowering plant native to the Mediterranean region. It is also known by other common names such as Abraham’s Balm, Chaste Tree and Monk’s Pepper. Chasteberry has been known since antiquity and was described by the Greek botanist Theophrastus in the 4th century BC.

Chasteberry is widely cultivated in many tropical and sub-tropical regions throughout the world, primarily due to its value as foliage. The fruits and seeds of the chasteberry are also edible, usually as a subsistence food. It produces lavender flowers that grow in spikes and produce a delicate aroma that attracts butterflies. Chasteberry trees can grow to a height of more than 30 feet, especially in full sun and well-drained soil. They can grow as far north as Nantucket under ideal conditions.

Agnuside is one of the most significant active ingredients in chasteberry and is described chemically as an ester of p-hydroxybenzoic acid and aucubin. Agnuside’s greatest areas of benefit involve female reproductive cycles, which researchers believe is due to its effect on the pituitary gland. One study has also shown that extracts of chasteberry fruit bind to the opiate receptors in the brain, which would explain its use in relieving discomfort.

The relief of menstrual symptoms is the primary use of chasteberry as a nutritional supplement. Additional uses of this herb include support for reproductive and breast health. 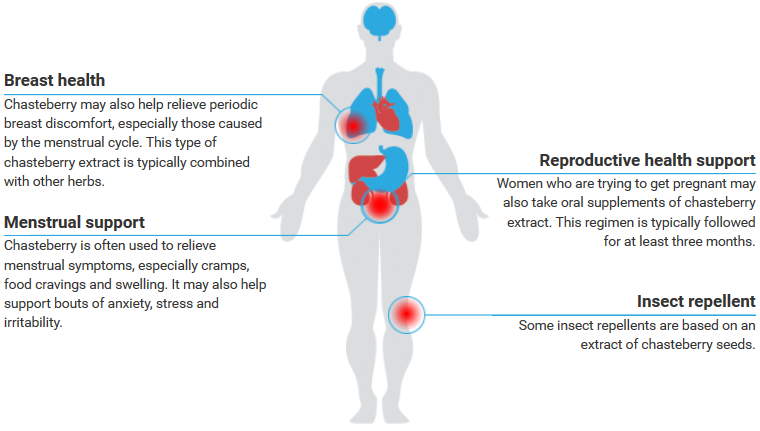 Signs You May Need Chasteberry

Irregularities in the menstrual cycle are one of the most common signs that you may benefit from chasteberry extracts. This includes conditions such as menopause, premenstrual syndrome (PMS) and premenstrual dysphoric disorder (PMDD), which is a more severe form of PMS.

Additional signs that females may need chasteberry include low progesterone levels, poor reproductive health and function. Men who have a restricted flow of urine may also benefit from chasteberry.

Dong quai - Dong quai is a common name for Angelica sinensis, which is also known as female ginseng. This herb is routinely used in traditional Chinese medicine for a variety of female ailments.

Wild yam - Dioscorea villosa is the scientific name for wild yam, which originates from eastern North America. Supplements based on wild yam extracts are often used to maintain reproductive health.

Synonyms and Similar Forms of Chasteberry