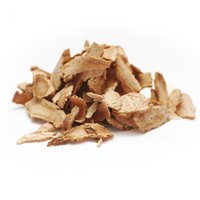 Dong quai is the common name for Angelica sinensis, an herb in the Apiaceae family. This family contains about 3,700 species, including carrots, celery and parsley. Dong quai is a perennial plant with purple stems and white flowers that grow in small clusters. This plant requires three years to mature, and it bears fruit in July and August.

Dong quai has been an essential herb in Traditional Chinese Medicine (TCM) for thousands of years. Within the context of TCM, the term “dong quai” refers specifically to the root of the plant, which is yellow-brown with multiple branches. The root is typically dried and ground into powder, which is then prepared into a variety of medicinal forms. The uses of dong quai in TCM include women’s health, inflammatory conditions, joint problems, fatigue, high blood pressure and infections.

Dong quai contains many complex classes of chemicals, including coumarins, flavonoids, phytosterols and polysaccharides. Angelica polysaccharide sulfate is one of these chemicals, which has antioxidant properties when isolated from the other constituents of dong quai.

These properties generally support body’s natural ability to manage free radical damage. Butylidenephthalide is another component of dong quai with antispasmodic properties, meaning that it may help support muscles relaxation.

The primary use of dong quai is the relief of menopausal symptoms. Many people also use it to help cope with occasional headaches. 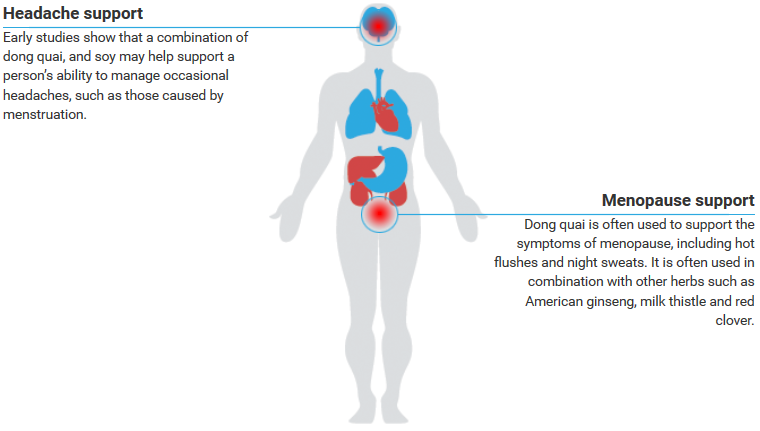 Signs You May Need Dong Quai

The most common signs that you may benefit from dong quai are menopausal symptoms such as menstrual cramps, hot flushes, mood swings, vaginal dryness and sleeplessness. Menopausal women may also feel stress and low moods.

Dong Quai has been shown to relieve discomfort in bones, joints or muscles; as well as helping with poor circulation, which can cause occasional headaches, fatigue and digestive difficulties.

Wild Yam - Wild yam is a species of vine known scientifically as Dioscorea villosa. Dietary supplements that contain wild yam are used for a variety of purposes relating to hormone management.

Chasteberry Extract - Chasteberry is a species of flowering plant known scientifically as Vitex agnus-castus. An extract of this plant is often used to reduce cyclical breast pain and premenstrual stress syndrome (PMS).