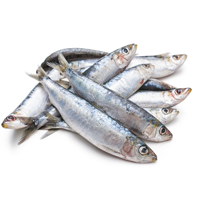 The most significant dietary source of EPA is fatty fish such as herring, mackerel, menhaden, salmon and sardines. These fish don’t biosynthesize EPA, which is actually produced by plankton that the fish eat. EPA then becomes more concentrated in fish the higher up the food chain they are. Microalgae are the primary plant source of EPA in humans, and they are also the most important commercial source of EPA. Humans can biosynthesize EPA from alpha-linolenic acid (ALA), although this process is much less efficient than simply absorbing it from food.

EPA is a precursor for several substances that are important in human nutrition, especially the fatty acid docosahexaenoic acid (DHA). Additional substances that require EPA include leukotriene-5, thromboxane-3 and prostaglandin-3, which affect the aggregation of platelets in the blood. EPA also has direct biochemical uses, many of which involve joint conditions. It may also be able to support against low moods. 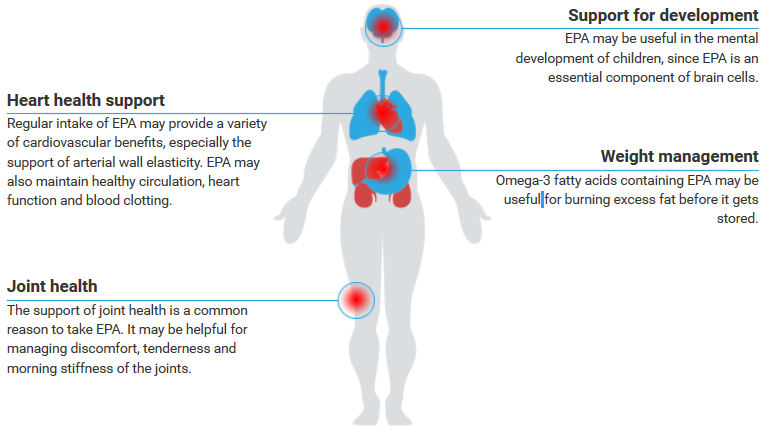 Signs You May Need EPA

An EPA deficiency can cause many specific symptoms due to the large number of functions it performs. The most common general signs that you may need EPA include chronic pain, joint discomfort and fatigue, especially when they don’t have an obvious cause.

A compromised immune system is also a sign that you may need EPA. Specific signs of an EPA deficiency often include hair loss, dry skin, eczema, poor circulation and mood swings.

DHA - Docosahexaenoic acid (DHA) is an omega-3 fatty acid that is primarily found in the brain, especially the cerebral cortex. The body is able to easily convert DHA to EPA. However, EPA is not able to be converted to DHA in the body.

Synonyms and Similar Forms of DHA