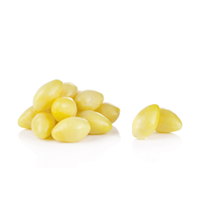 Ginkgo biloba is a tree that is commonly known as just ginkgo and the maidenhair tree. It is considered a living fossil since it is the only tree in its taxonomic division and its fossil record goes back 270 million years. Ginkgo is native to China, although it has been cultivated elsewhere in Asia since antiquity.

Ginkgos are initially slender, although the crown broadens as the tree ages. Mature trees can reach a height of 164 feet and usually grow deep roots that allow them to resist damage from wind and snow. Ginkgos can be extremely long-lived due to a combination of wood that resists insects and disease and the ability to sprout easily.

Ginkgos are very widespread for several reasons. They have a special significance in Buddhism and Confucianism, and are routinely planted at these temples. Ginkgo also has multiple uses as food and in herbal medicine, especially in Asia.

Ginkgo extract has an unusually large number of pharmaceutically active compounds. These include terpene trilactones such as ginkgolides A, B, C and J as well as various bilobalides. Additional components of ginkgo extract include flavonoid glycosides such as myricetin and quercetin.

The most prominent use for gingko extract is for cognitive function. It may also support other functions such as vision, menstruation and walking. 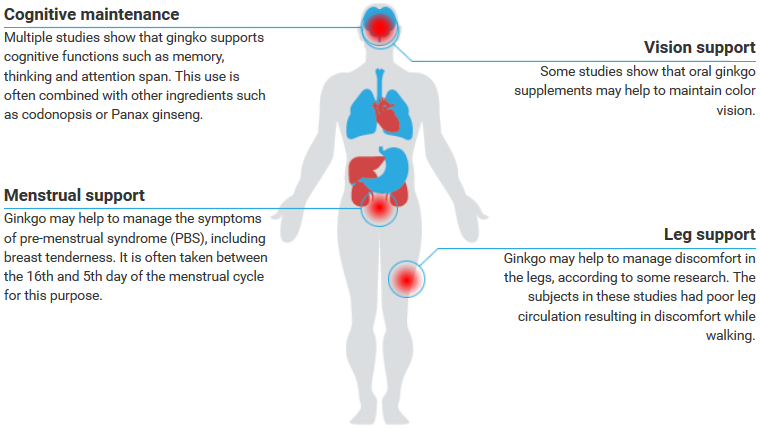 Signs You May Need Ginkgo

Decline in cognitive function due to reduced blood flow to the brain are generally the most significant signs that you may need ginkgo. These signs primarily include memory problems, but also difficulties in concentration and mood changes.

Discomfort while walking and unusual sensitivity to cold in the extremities are some of the specific physical indications that you could benefit from ginkgo. Additional signs that you may need ginkgo include headaches, dizziness and ringing in the ears.

Resveratrol - Resveratol, known scientifically as 3,5,4'-trihydroxy-trans-stilbene, is chemically classified as a stilbenoid. It is often taken to help maintain cardiovascular health.

Green tea extract - Extracts of green tea leaves contain many anti-oxidants, primarily green tea catechins (GTC). These components can scavenge free radicals and other compounds that are reactive in the presence of oxygen. GTCs can support cells from many types of damage that can be caused by oxidative stress.

Synonyms and Similar Forms of Ginkgo