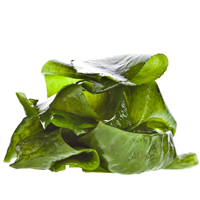 Iodine is a chemical element with the atomic number 53. The French chemist Bernard Courtois first isolated iodine in 1811 by burning seaweed and washing the ash with water. He then treated the remaining waste with sulfuric acid to produce dark purple crystals of iodine. The English chemist Sir Humphrey identified iodine as a new element in 1814, naming it after the Greek word ioeides, meaning “violet-colored.”

Salt water is the most abundant natural source of iodine, where it exists as a negatively-charged ion. Its high concentration in salt water is also the reason that iodine is an essential nutrient in most life forms, including humans. However, iodine is generally a rare element of Earth, making iodine deficiency relatively common in land animals.

Pure iodine is highly reactive, so health supplements must provide it in compound form. Iodide salts are typically used for this purpose, since they are highly soluble in water. Potassium iodide is preferable to sodium iodide since potassium iodide absorbs water much less readily.

The most common uses of iodine as a health supplement relate to the thyroid gland. Other uses include breast health, hair growth and antioxidant support. 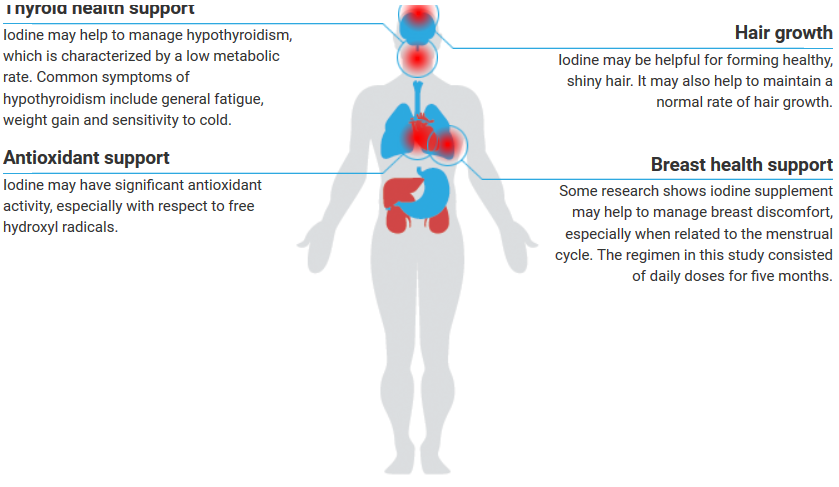 Signs You May Need Iodine

An enlarged thyroid gland is the most significant sign that you may need iodine supplements. Additional signs that iodine could benefit you include fatigue, hair loss and cognitive impairments.

L-carnitine - L-carnitine is used by plants and animals to transport fatty acids into cell mitochondria. Red meat is the most abundant dietary source of L-carnitine, although it is also found in many nuts.

Selenium - Selenium is a chemical element with the atomic number 34. It is an essential nutrient primarily used to reduce antioxidant enzymes.

Zinc - Zinc is a chemical element with the atomic number 30. It is an essential nutrient with antioxidant benefits.

Synonyms and Similar Forms of Iodine