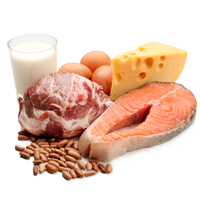 An imidazole functional group is one of histidine’s defining characteristics and accounts for many of its biochemical effects. This group serves as a catalytic site for some enzymes, and it is also commonly used in biosynthesis of metalloproteins. Histidine is also frequently used to activate amino acids such as cysteine, serine and threonine as nucleophiles.

Humans can biosynthesize small amounts of histidine in the form of 3-methyl histidine. However, this quantity is insufficient to meet the body’s requirements for histidine. The primary dietary sources of histidine are animal protein, including meat, eggs and dairy products.

The best plant-based sources of histidine include grains such as rice, rye and wheat. Additional vegetable with significant histidine levels include beans, buckwheat, cauliflower and potatoes. L-histidine is often sold in pure form, commonly known as L-histidine base, for use as a health supplement.

One of the most common uses of L-histidine as a health supplement is for the support of joint function. It is also used to support seasonal conditions and the nervous system. Blood production may also be a benefit of L-histidine supplements. 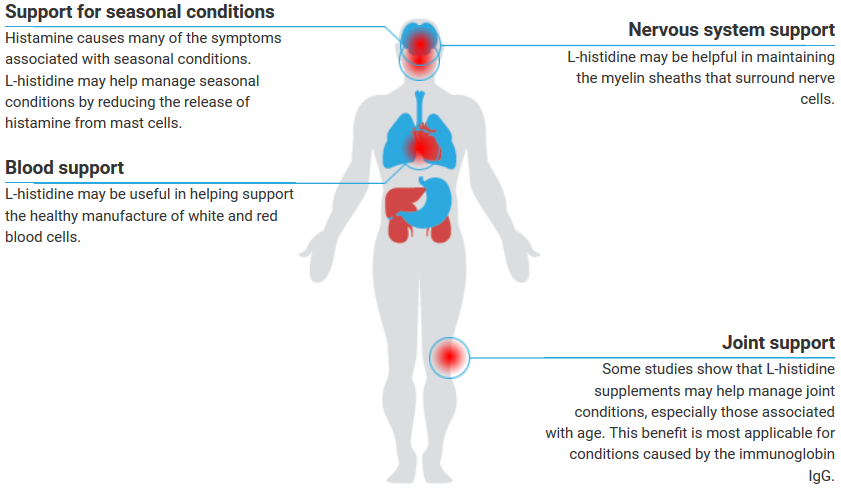 Signs You May Need L-Histidine

The presence of joint aches and stiffness is also a possible sign that L-histidine may help older adults. You may also benefit from L-histidine supplements if you have seasonal conditions.

L-carnosine - L-carnosine is a dipeptide that is highly concentrated in brain and muscle tissue. It is often used to maintain proper functioning of the brain and nervous system.

Taurine - Taurine is an organic acid that is found in many animal tissues, especially bile and the large intestines. Common uses of taurine include support of the cardiovascular system, skeletal muscle and central nervous system.

Synonyms and Similar Forms of L-Histidine