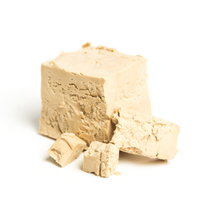 Inosine is a nucleoside, which is one of the basic chemicals used to construct cells. L-inosine is the biologically active form, which has the chemical formula 1,9-dihydro-9-beta-D-ribofuranosyl-6H-purin-6-one. L-inosine is formed by attaching a molecule of the purine derivative hypoxanthine to a molecule of sugar ribose via a glycosidic bond. This reaction is catalyzed by the enzyme phosphorylase, which also converts inosine back into hypoxanthine and ribose.

L-inosine is most often found in transfer RNA (tRNA) and is essential for translating the genetic code in base pairs of nucleotides of RNA. It is also the precursor for several important substances such as adenosine, which is used in metabolism and energy production. Adenosine and inosine monophosphate can also be readily converted back into inosine. Furthermore, L-inosine is the precursor for uric acid, which may inhibit the effects of free radicals.

L-inosine is also believed to support many other bodily functions, primarily those dealing with insulin, oxygen metabolism and protein synthesis. The most common dietary sources of L-inosine include organ meats and brewer’s yeast. It is also available as a health supplement, typically in the form of capsules and tablets. The dosages of inosine that have been studied are typically in the range of 500 to 2,000 milligrams per day. Some studies have used dosages as high as 6 grams per day.

The most common use of inosine as a health supplement is the improvement of athletic performance. It is also used for its antioxidant properties and to support the nervous system. 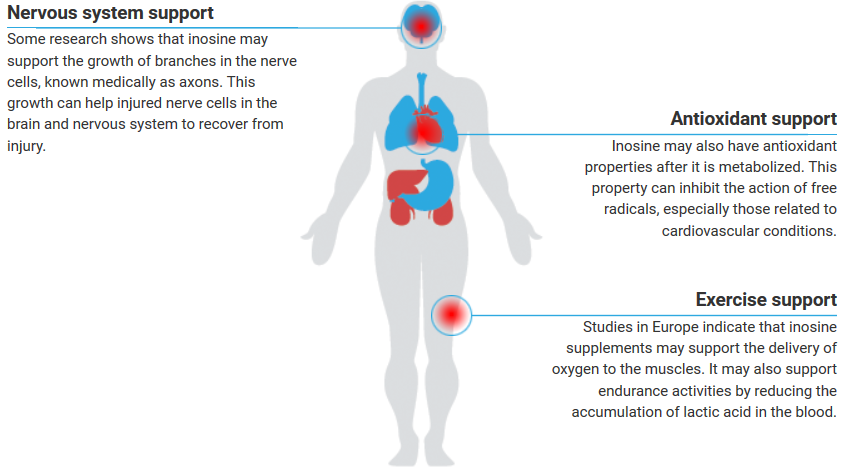 Signs You May Need L-Inosine

Poor exercise performance is one of the most common signs that you may benefit from L-inosine supplements, including strength and endurance. Inosine use is especially common among competitive bodybuilders.

Bee pollen - Bee pollen is flower pollen that has been packed into pellets by worker honeybees. Its specific composition varies dramatically, depending on the bees and the flowers they use. Bee pollen is often taken to support athletic performance.

L-carnitine - Carnitine is biosynthesized from the amino acids methionine and lysine. It is often sold to support athletic performance.

Synonyms and Similar Forms of L-Inosine