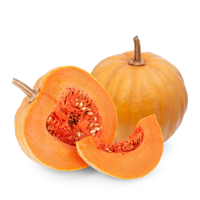 Beta carotene is a red-orange pigment found in many plants. Its primary use in plants is to protect them from damage by excessive sunlight. Beta carotene also provides many animals with their coloration, especially flamingos, lobsters and other shellfish.

The Swiss chemist Paul Karrer and his team deduced the structure of beta-carotene by 1930. It is chemically classified as an isoprenoid, meaning that it is derived from isoprene units. Carotenes are a type of isoprenoid common in carrots that have a chain of eight isoprene units, and beta carotene is so-named because it has a beta ring at each end of this chain.

Carotene is the primary contributor of the red-orange color in many plants, including carrots, cantaloupes, mangoes, papayas, pumpkins and sweet potatoes. Leafy vegetables such as spinach and kale also contain significant levels of beta carotene, although the green color of chlorophyll masks the color of beta carotene in these plants.

The primary nutritional role of carotenes is their conversion to vitamin A, which requires the enzyme 15,15'-monooxygenase. Beta carotene is the best-known provitamin A carotenoid, although members of this class also include alpha carotene and beta cryptoxanthin. Carotenes are soluble in fat, so their absorption increases when they are eaten with fatty foods. Raw vegetables have more carotene, since it is sensitive to heat.

The uses of beta carotene in health supplements generally derives from its role as a vitamin A precursor. These benefits primarily include antioxidant activity, which help support the skin, eyes and lungs. 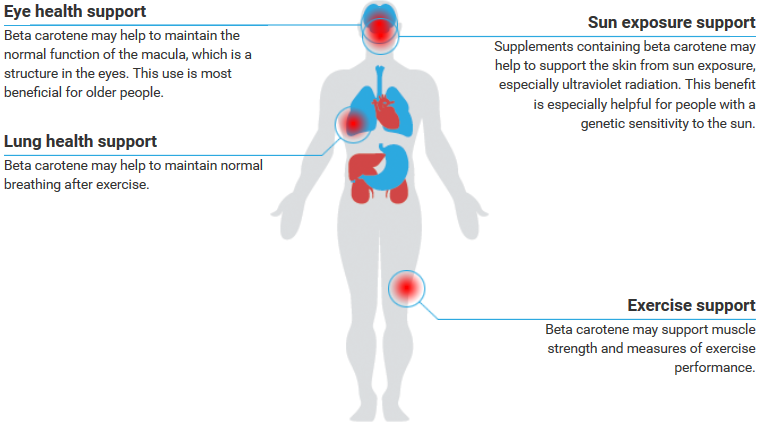 Signs You May Need Beta Carotene

The most significant indications that you may need beta carotene are the signs of oxidative stress. These signs generally include chronic conditions caused by free radicals, especially skin that’s dry or has an aged appearance.

A compromised immune system and poor cardiovascular function are additional signs that you may benefit from beta carotene. Unhealthy blood sugar levels and poor night vision may also mean you need beta carotene.