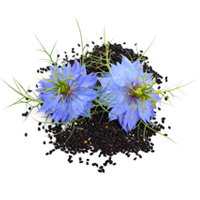 Black cumin is the common name for Nigella sativa, a flowering annual plant native to southern Asia. It can grow to one foot in height and has thin leaves with delicate flowers. The fruit of black cumin is a large capsule that contains many seeds, which is the most commercially important part of the plant.

Black cumin has been used as a spice for at least 4,000 years, including breads, confections and liquors. Its seeds have been found in archeological excavations of ancient Egypt, and the book of Isaiah in the Old Testament also refers to the cultivation of black cumin. Black cumin is still a common flavoring today, especially in Middle Eastern cuisine. Thymoquinone is one of the most biologically active components of black cumin. Its health benefits primarily deal with the digestive system.

Black cumin is used to support the the digestive tract and respiratory system. Additional benefits of black cumin help support the skin and cardiovascular system. 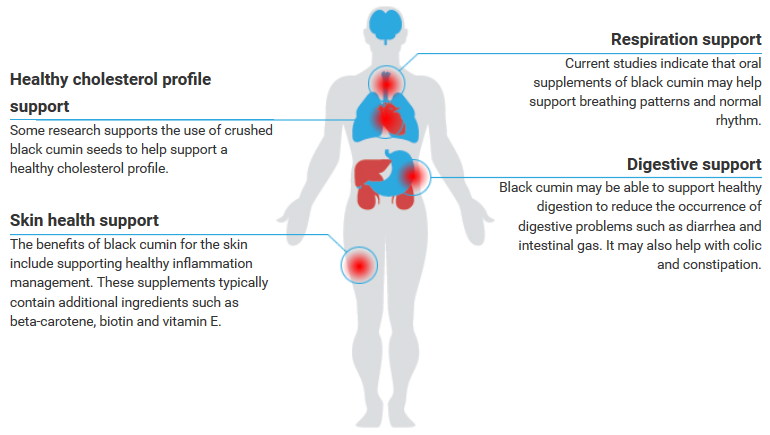 Signs You May Need Black Cumin

Seasonal conditions are some of the most significant signs that you may benefit from black cumin. Additional respiratory conditions that may mean you need black cumin. People with metabolic syndrome or those who require support for healthy circulation may also want to use black cumin.

Tumeric - Tumeric is the common name for Curcuma longa, which is a perennial herb in the ginger family. It originates from southwest India, and requires warm temperatures and abundant rainfall to thrive. The powdered rhizomes of tumeric have been used as a spice for thousands of years in India. Curcumin is one of the most active components of turmeric and may have uses as an antioxidant and for the support of healthy inflammation management.