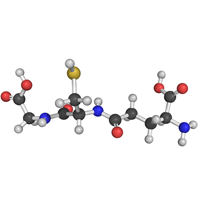 Glutathione is a tripeptide, which is a molecule consisting of three amino acids linked together by chemical bonds. It is an important nutrient in many organisms, including plants, animals and some bacteria. Glutathione has strong antioxidant properties, meaning that it protects cells from the damage that occurs when chemicals react with oxygen. These chemicals primarily include free radicals, but other reactive oxygen species include heavy metals, lipid peroxides and peroxides.

The liver biosynthesizes glutathione from the amino acids glycine, L-cysteine and L-glutamic, which are readily available from a variety of dietary sources. Glutatione is therefore not an essential nutrient, although it is found in many fruits, meats and vegetables.

The biological activity is primarily due to cysteine’s sulfhydryl group, which is a sulfur and hydrogen atom at the end of a molecule. This group easily donates protons to other molecules, causing glutathione to be highly reactive. Cysteine is relatively rare compared to glutathione’s other precursors, making cysteine the rate-limiting precursor for the biosynthesis of glutathione.

Glutathione’s value as a nutritional supplement derives from its role in the synthesis of proteins in the body. These proteins perform many functions relating to the synthesis and repair of tissue. Glutathione is particularly important for maintaining the immune system.

The primary use of glutathione is as an antioxidant. Support for the immune system and heart health are also significant benefits of glutathione. 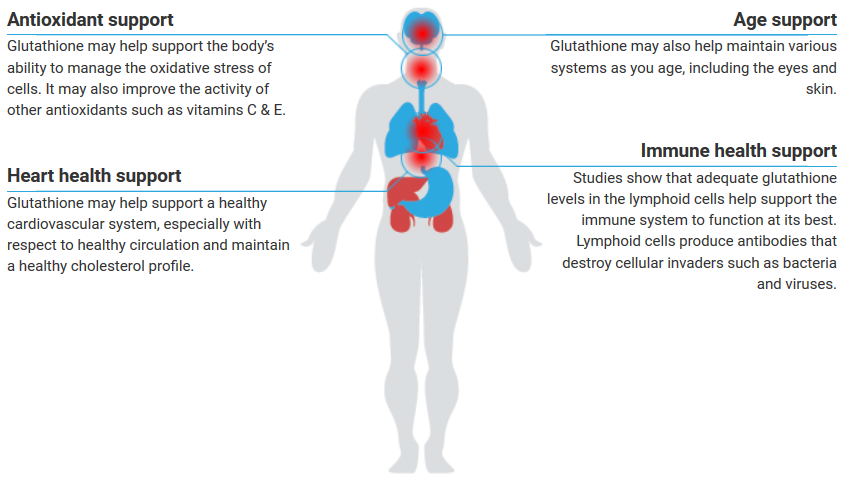 Signs You May Need Glutathione

The body may not produce an adequate supply of glutathione under certain situations such as aging, poor diet, infections, radiation therapy, stress and trauma. Anyone experiencing these situations may benefit from glutathione supplements. Additional signs that indicate you may need glutathione include stress, poor immune function and neural health.

L-Carnosine - DL-carnosine is a dipeptide consisting of beta-alanine and histidine. It is found throughout the body, although it is most highly concentrated in the brain and muscles. The Russian chemist V.Gulevich first isolated l-carnosine in 1900 and many studies since then have established l-carnosine’s antioxidant properties. This antioxidant is particularly effective at scavenging the unsaturated aldehydes that the fatty acids in cell membranes form during oxidative stress. L-carnosine is readily available in animal protein, so only strict vegetarians are typically deficient in this nutrient.

Synonyms and Similar Forms of Glutathione